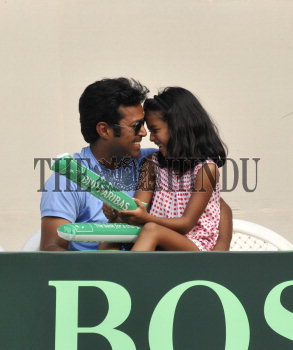 Caption : Bangalore Karnataka 08/04/2013 Leander Paes with his daughter seen during the Asia-Oceania Zone Group 1 play off first round of the Davis Cup Tennis Tournament between India and Indonesia played at KSLTA Bangalore on April 5, 2013. Photo: K.Gopinathan