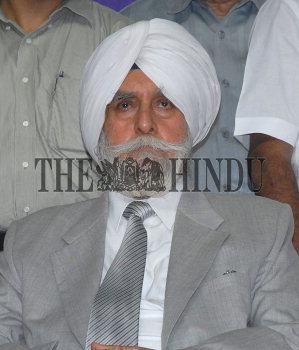 Caption : CHENNAI, 09/09/2007: K.P.S. Gill, President, Indian HOCKEY Federation (IHF), at the final of the BSNL Asia Cup HOCKEY championship at the Mayor Radhakrishnan Stadium in Chennai on September 09, 2007. India beat Korea in the final by 7-2 to lift the cup. Photo: M. Vedhan