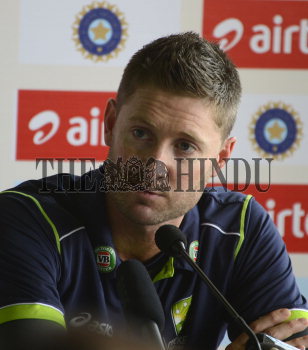 Caption : New Delhi, 21/03/2013: Indi vs Australia 4th Test: Australia's Michael Clarke addressing the media on the eve of the fourth cricket Test match between Australia and India at the Ferozshah Kotla Ground in New Delhi on March 21, 2013. Photo: S. Subramanium