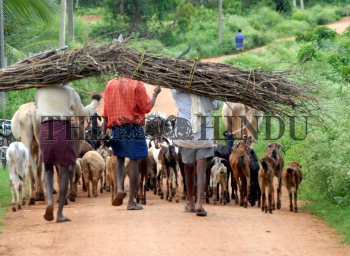 Caption : MYSORE, 05/09/2007: More than 20,000 people will be displaced if the Chamalapura power project is given permission. Picture shows villagers returning after a hard day's work in Mysore on September 05, 2007. Photo: M.A. Sriram