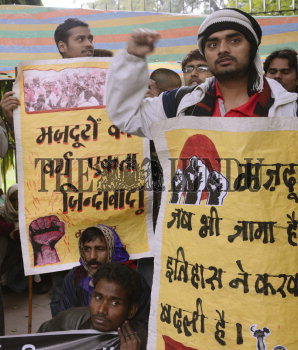 Caption : NEW DELHI, 05/02/2013: Various mass organisations, unions and social activists stag a protest demonstration at Jantar Mantar in New Delhi against the arbitrary expulsion of hundreds of workers of Maruti Suzuki by the management and the continued persecution of the workers. Photo: V.V.Krishnan