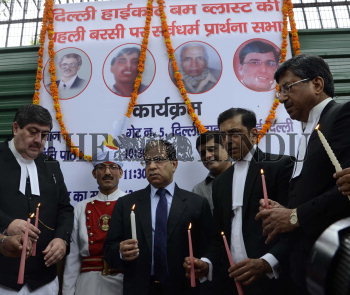 Caption : NEW DELHI, 07/09/2012: Acting Chief Justice of Delhi High Court, Justice A. K. SIKRI (2nd left) along with advocates lighting candles to pay tributes at the spot to the victims of the High Court blast on the first anniversary, in New Delhi on September 07, 2012. Photo: V. Sudershan