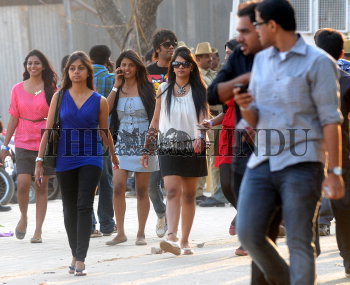 Caption : BABGALORE, 11/03/2012: (Pic for file) Due to rise in temperature, young Bangaloreans arrive in different attire for DJ David Guetta's show at Palace Grounds on March 11, 2012. The city is expected to hit up to 37 degrees celsius during April-May. Photo: G.P. Sampath Kumar