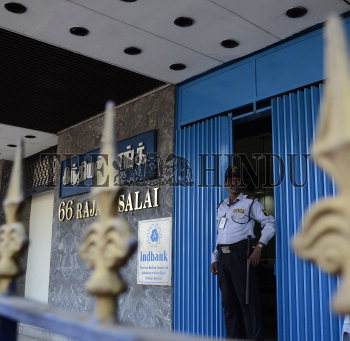 Caption : CHENNAI, 28/02/2012: A scene at Indian Bank Head Office in Chennai on February 28, 2012, during the all India strike called by all major unions to protest the Centre's "anti-labour" policies, rising prices and disinvestment of PSUs. Photo: K.V. Srinivasan