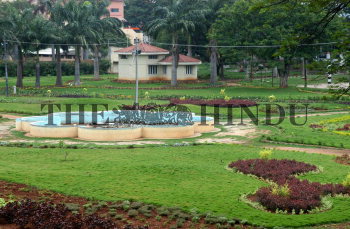 Caption : MYSORE, 27/06/2007: Subbarayanakere, which was the nerve centre of the freedom movement in the old Mysore region, is sporting a new look today. The park at this historic place, which was in bad shape owing to lack of maintenance and misuse by unscrupulous elements, has finally been restored and its old glory is back. The lawns have been relaid and colourful flowering plants have been planted by the Mysore City Corporation to give a vibrant look to the entire place. Photo: M.A. Sriram