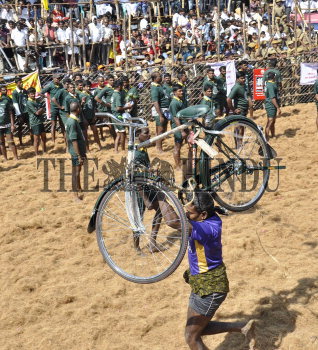 Caption : MADURAI, 16/01/2012: A bull owner whose bull could not be tamed by fighters collecting his prize of a bicycle at the Jallikattu held at Palamedu near Madurai on January 16, 2012. Photo: G. Moorthy