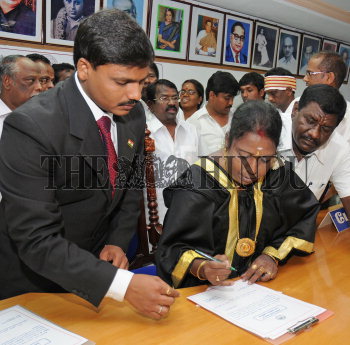 Caption : TIRUCHI, 25/10/2011: CORPORATION Commissioner Veera Raghava Rao with A. Jaya elected as the Mayor of Tiruchi CORPORATION at the swearing-in ceremony in Tiruchi on October 25, 2011. Photo: M. Moorthy