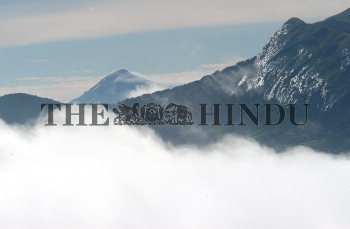 Caption : Once the summer Resort of the British Government in south Kerala, Munnar is a picturesque hill station and hottest tourism spots in India, has added attraction with mist covering the hills on the Western Ghats. The hill station of Munnar known for its serene hills, pristine valleys, sprawling tea plantations, picture-book towns and winding lanes has been rated as Asia's second best tourist destination in the TripAdvisor's 2010 Traveller's Choice Destination award. Photo: K_K_Mustafah 3/06/2011.