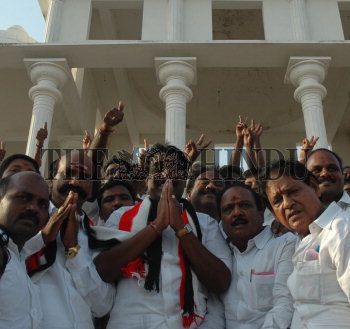 Caption : KANCHEEPURAM, 13/05/2011: V. Somasundaram (third left), P. Ganesan (second left) of AIADMK won the Kancheepuram and Uthiramerur seat and his supporters after his victory in the Assembly elections, in Kancheepuram on May 13, 2011. Photo: B. Jothi Ramalingam