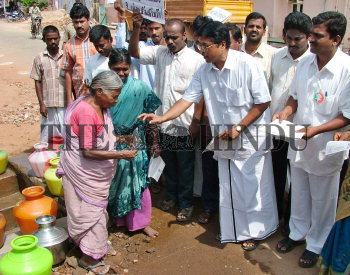 Caption : COIMBATORE, 13/05/2007: PRICE PLANK: Bharatiya Janata Party activists on a door-to-door campaign in the city on May 13, 2007 to condemn the Central Government on the inflation. Photo: K. Ananthan