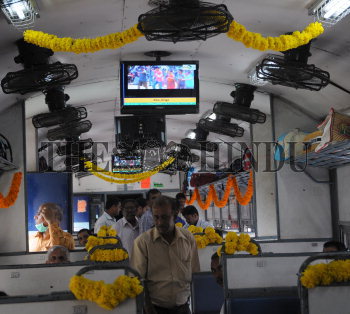 TELEVISION FECILITY INSIDE THE TRAIN

Caption : BANGALORE, 21/04/2011:Installation of Television in train compartments to entertain the commuters, launched in Bangalore on April 21, 2011. Photo: GP.Sampath Kumar