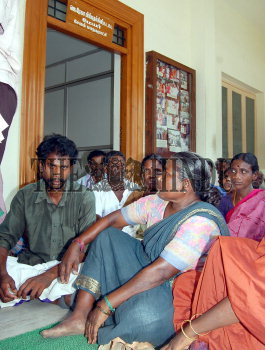 Caption : SALEM 02/05/2007: Pig rearers of Salem Staged a dharna in front of the office of Mayor Rekha Priyadarshini urging her to release the animals which were caught during a drive against stray pigs in Salem on May 02, 2007. Photo: K_N_Muralidharan.