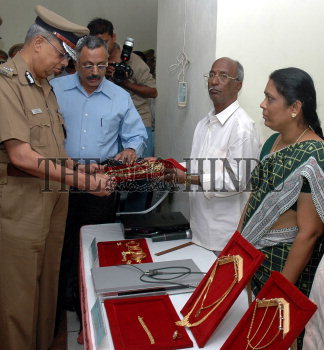 Caption : CHENNAI, 17/04/2007: DGP D. Mukherjee handing over recovered jewellery to an owner at a function organised by Railway police in Chennai on April 17, 2007. Southern Railway General Manager Thomas Varghese is in the picture. Photo: R. Ragu