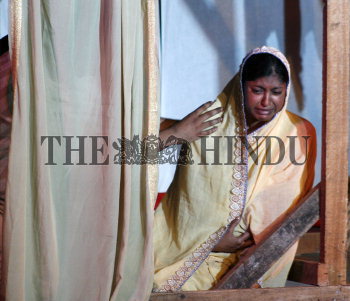 Caption : NEW DELHI, 08/01/2011: Artistes performing a play "Coolie Odyssey" is produced and directed by an eminent theatre writer, Rajesh Gopie from South Africa during on the occasion of the 150th anniversary of Indians in South Africa, organised by Indian Council for Cultural Relations and India International Centre, in New Delhi on January 08, 2011. Photo: Shiv Kumar Pushpakar