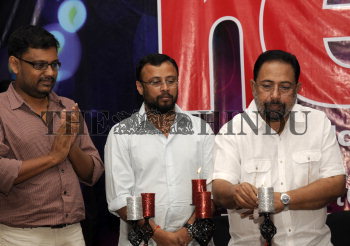 Caption : KOCHI, 22/12/2010: Noted filmmakers SIBI MALAYIL, and Lal Jose at the convocation of the first batch of Neo Film and Broadcasting School in Kochi on December 22, 2010. Photo: Vipin Chandran