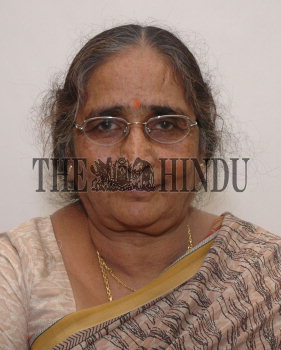 Caption : TIRUCHI, 03/11/2010: Kamala Bhandari during an interaction in Tiruchi on November 03, 2010. Bhandari is Vice-president of the Seva Sangam and a popular orator. She has a zeal for social work and loves experimenting with handiwork. Cooking has been her passion since the age of eight and she prides herself on conjuring up dishes in a jiffy. Photo: R. Ashok