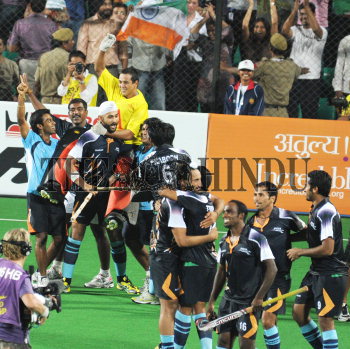 Caption : New Delhi, 12/10/2010: The Indian hockey team members celebrate after defeating England in the semifinal of the Commonwealth Games 2010 at the Dhyan Chand National Stadium in New Delhi on October 12, 2010. Photo: R.V. Moorthy