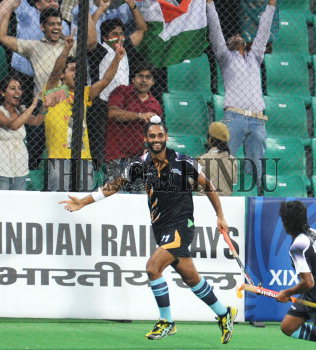 Caption : New Delhi, 12/10/2010: India's Sarvanjit Singh celebrates after scoring the first goal against England during the hockey semifinal of the Commonwealth Games 2010 at the Dhyan Chand National Stadium in New Delhi on October 12, 2010. Photo: R.V. Moorthy