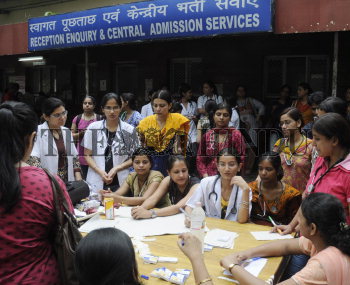 Caption : NEW DELHI, 08/09/2010: Open OPD set up by resident doctors to facilitate patients at Safdarjung Hospital, since the resident doctors protesting against an incident in which a doctor working with gynaecology department was beaten up by a patient's relatives, in New Delhi on September 08, 2010. Later the doctors called off their strike. Photo: V.V. Krishnan