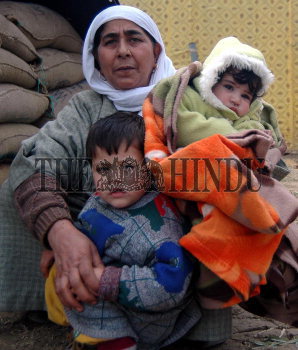 Caption : SRINAGAR, 28/03/2007: A Muslim woman along with her grand-daughters waiting for her turn outside the free medical camp, organised by the Central Reserve Police Force (CRPF), at Bemina, in Srinagar, on March 28, 2007. Photo: Nissar Ahmad