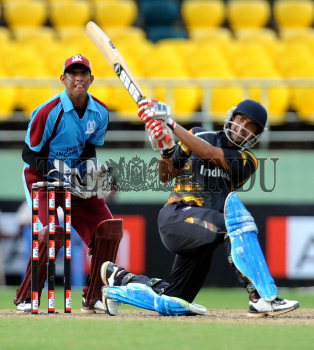 Caption : Visakhapatnam : 06/09/2010: Ravikant SHUKLA of Indian Oil Corporation (IOC) plays a shot during his unbeaten 123 run knock in the match against Income Tax in the second semi-final of the Airtel Rajsingh Dungarpur Corporate Trophy cricket tournament at ACA-VDCA stadium in Visakhapatnam on September 06, 2010. Photo: K.R. Deepak