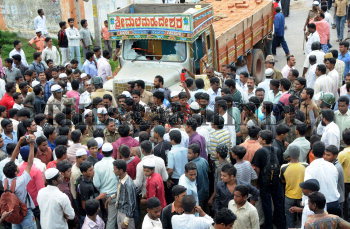 Caption : MYSORE, 16/08/2010: An irate mob staging a protest after damaging the truck that ran over the two schoolchildren near Subash Nagar in Mysore on August 16, 2010. Photo: M.A. Sriram