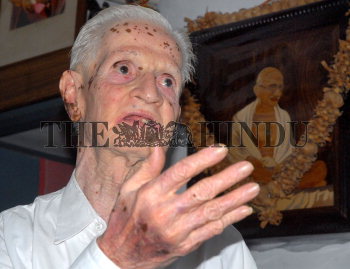 Caption : MYSORE, 11/08/2010: Krishna Rao, a freedom fighter who participated in both the Quit India Movement of 1942 and the Mysore Chalo agitation, during an interaction in Mysore on August 11, 2010. Photo: M.A. Sriram