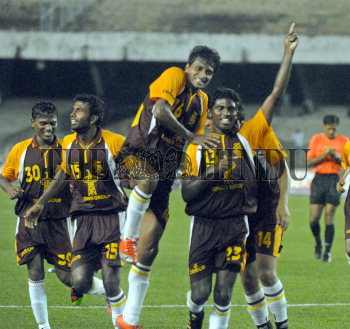 Caption : Kolkata: Bengal's Denson Devadas (13) celebrates after scoring his second goal against Punjab in the final of the 64th senior National football championship for the Santosh Trophy at the Salt Lake Stadium in Kolkata on August 08, 2010. Photo: Sushanta Patronobish