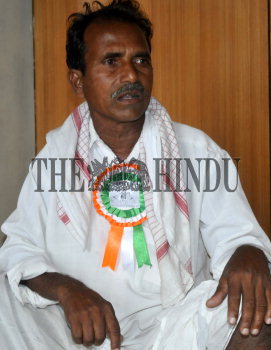 Caption : HYDERABAD, 08/08/2010: R. Sankaraiah, a farmer of Medak district during an interaction in Hyderabad on August 08, 2010. This illiterate, poor and ordinary ryot from Chapchedu village of Medak district waged an unrelenting war for over 10 years against a corrupt government official and got him convicted. Photo: G. Krishnaswamy