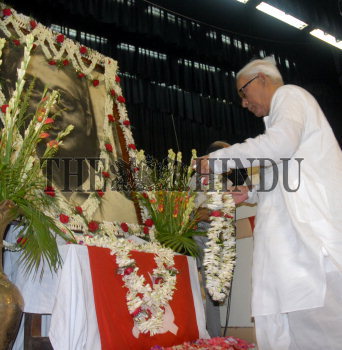 Caption : KOLKATA, 05/08/2010: Chief Minister of West Bengal Buddhadeb Bhattacharjee garlanding the portrait of Muzaffar Ahmed, founder of the undivided Communist Party of India, on the occasion of his 122nd birth anniversary, in Kolkata on August 05, 2010. Photo: Sushanta Patronobish