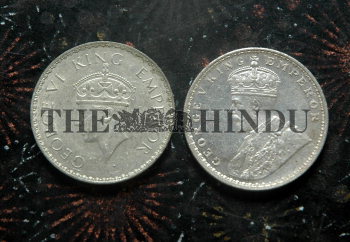 Caption : KANCHEEPURAM, 04/08/2010: Silver and nickel coins, dating back to the 18th century and early 19th century, were seized by revenue officials from a landlord at Seethapuram near Madurantakam. Photo: B. Jothi Ramalingam