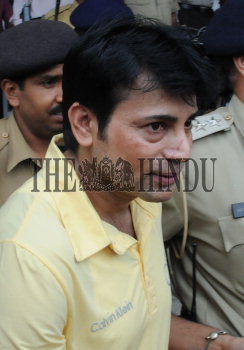 Caption : BHOPAL, 04/08/2010: Underworld Don Abu Salem being produced before the District Court in connection with the fake passport case, in Bhopal on August 04, 2010. Photo: A.M. Faruqui