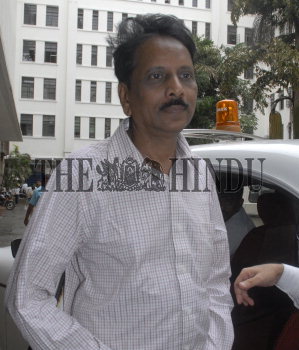 Caption : MUMBAI, 03/08/2010: Vilas Bardekar, senior forest officer, who was released in Assam on August 01, 2010 by the National Democratic Front of Boroland after a two-and-half-month ordeal. He is coming out of Mantralaya after meeting the Maharashtra Forest Minister, in Mumbai on August 03, 2010. Photo: Vivek Bendre