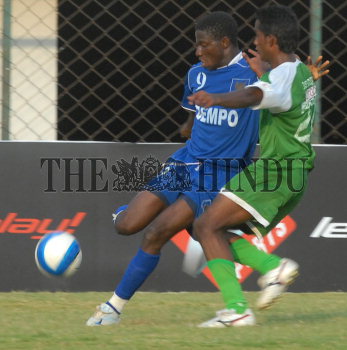 Caption : BANGALORE, 17/03/2007 : Ranti Martins (No 9) of Dempo who scored the first goal for his team, tackled by HAL's Mohan Raj (No.27) in the National football league match between Dempo Sports Club and HAL in Bangalore on March 17, 2007. Photo: K. Gopinathan