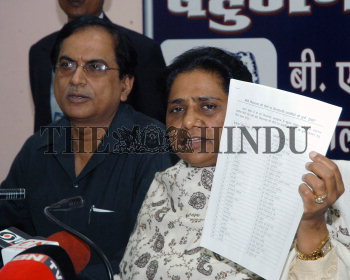 Caption : LUCKNOW: BSP president, Mayawati releasing the list of party candidates during a press conference at her residence in Lucknow on March 13, 2007 while party general secretary S.C. Mishra looks on. Photo: Subir Roy