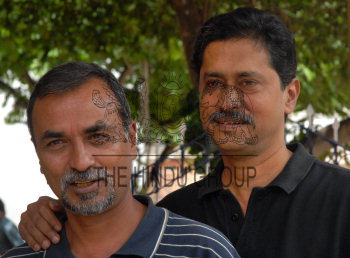 Caption : MYSORE, 11/06/2010: 'The Pack' a documentary film made by Mysore based photographer team Krupakar and SENANI on the Dhole known as the Asiatic wild dog has been nominated for the BBC wild screen film festival. The wildlife documentary produced completely in Asia has been selected and for 'Open Section' of the film festival. Photo: M. A. Sriram