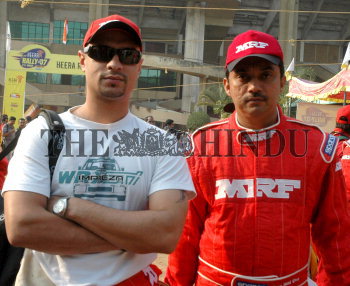 Caption : KOCHI: Team MRF's Gaurav Gill (left), who will be taking part in the next month's Asia Pacific Rally Championship, seen with his navigator Moosa Sherif at the Heera Rally, formerly known as Popular Car Rally, in Kochi on March 10, 2007. Photo: Vipin Chandran