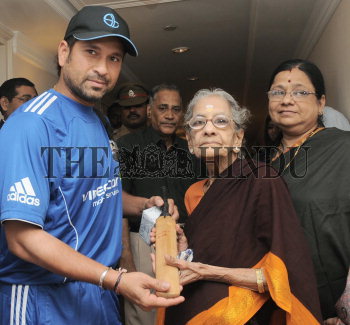 Caption : CHENNAI : 05/04/2010 : Indian cricketer Sachin Tendulkar handing over a miniature cricket bat autographed by him to an 87-year-old fan, Saraswathi Vaidyanathan, who met him in Chennai on April 05, 2010. Photo: M. Vedhan