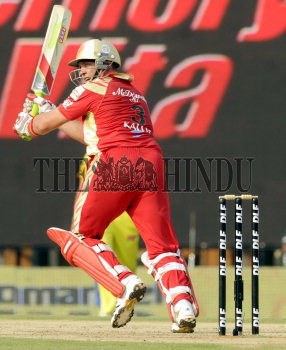 Caption : CHENNAI: 31/03/2010 : Jacques Kallis of Royal Challengers Bangalore plays a shot during the match against Chennai Super Kings in the third edition of the DLF Indian Premier League Twenty20 cricket tournament at the M.A. Chidambaram Stadium in Chennai on March 31, 2010. Photo: K. Pichumani