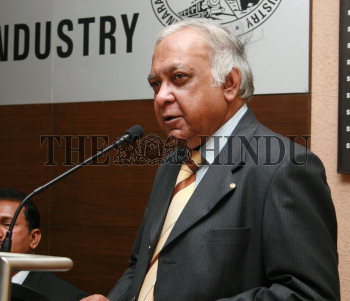 Caption : MANGALORE, KARNATAKA, 10/02/2007: Subir Raha, former chairman of ONGC and MRPL, speaking after he was conferred honorary membership of KCCI (Kanara Chamber of Commerce and Industry) in Mangalore on February 10, 2007. Photo: R. Eswarraj