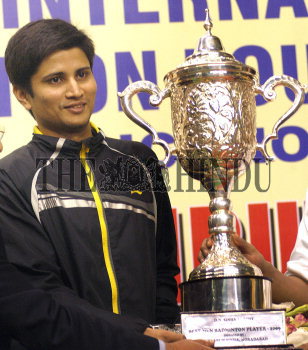 Caption : Lucknow: 20/12/2009: Chetan Anand, who was declared as 'best player' in the men's category, with the trophy at the Jaypee Cup Syed Modi International Grand Prix badminton tournament in Lucknow on December 20, 2009. Photo: Subir Roy