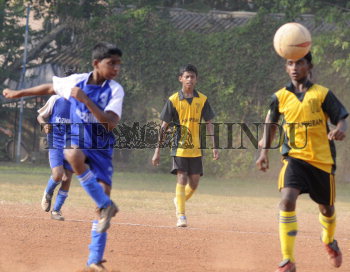 Caption : Kochi: Mohammed Sajil (at right), who scored two goals, in action in the semifinal against Kozhikode in the State under-14 inter-district football championship in Kochi on December 8, 2009. Photo:Vipin Chandran