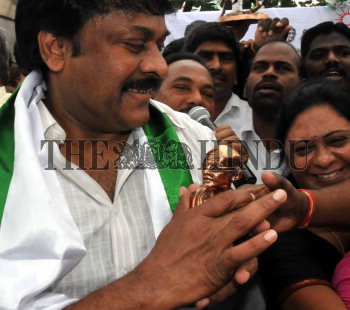 Caption : HYDERABAD, 26/08/2009: A party worker handing over Praja Rajyam party president Chiranjeevi with a bust of the Mahatma Gandhi after hoisting the party's flag on the first anniversary of the party's formation in Hyderabad on August 26, 2009. Photo: P. V. Sivakumar