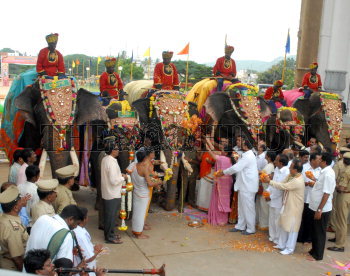 Caption : MYSORE, 15/08/2009: Balarama (third from left) and other elephants will participate in the MYSORE Dasara celebrations being received at the MYSORE Palace, in MYSORE on August 15, 2009. Photo: M.A. Sriram