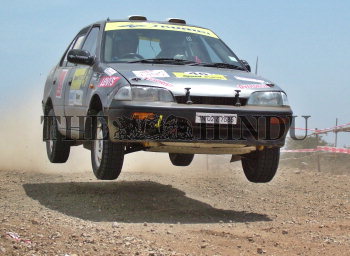 Caption : COIMBATORE, 27/06/2009: Hari Keshav Nambiar / Ashwin Nadig, the Rally Star Cup entrants, in full flow in the opening round of the SPEED-INRC Rally of Coimbatore at the Kethanur windmill farm, near Coimbatore, on June 27, 2009. Photo: M. Periasamy