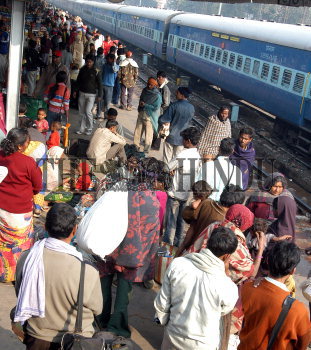 Caption : NEW DELHI, 27/12/2006: Stranded passengers waiting at the New Delhi Railway Station on December 27, 2006, as many trains were running late due to fog in the northern parts of the country. Photo: Ramesh Sharma