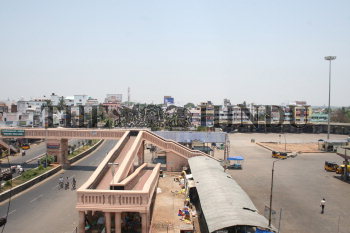 Caption : PUDUCHERRY, 23/04/2009: The new bus stand wears a deserted look during the general strike in Puducherry on April 23, 2009. The strike was called by the DMK-led alliance to demand immediate ceasefire in Sri Lanka. Photo: T. Singaravelou