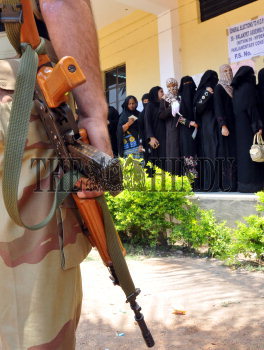 Caption : HYDERABAD,16/04/2009: Indian police personnel patrol at a polling station, during polling in the old city of Hyderabad on April 16, 2009, in the first phase of general elections. Photo: G. Krishnaswamy