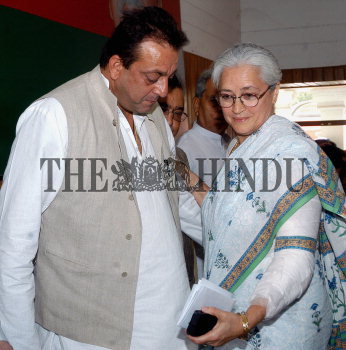 Caption : Lucknow:05/04/2009:Samajwadi Party announced Nafisa Ali as its new candidate for Lucknow constituency in place of Sanjay Dutt after Supreme court judgment against him came in Lucknow during a press conference on Sunday.Photo;- Subir Roy