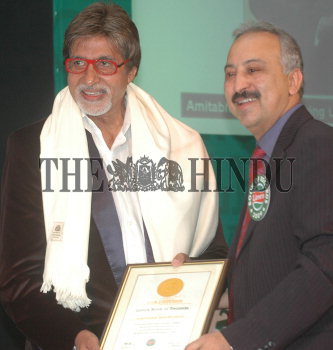 Caption : NEW DELHI, 31/03/2008: Actor Amitabh Bachchan being felicitated as 'People of the Year' by the president and CEO of Coca Cola India, Atul Singh, at the launching of the Limca Book of Records 2009 in New Delhi on March 31, 2009. Photo:Sandeep Saxena